Copenhagen, the capital and largest city of Denmark, is located on the Zealand and Amager Islands, and is separated from Malmö, Sweden, by the strait of Øresund.

Originally a Viking fishing village known as “Havn,” in the tenth century the city of Copenhagen was officially founded and served as a harbor town. In the fifteenth century it was named the capital of Denmark and the residence of the royal family.

With the completion of the transnational Oresund Bridge in 2000, Copenhagen and Malmö are connected by a car/rail link.

Copenhagen has one of the highest standards of living in the world, owing in part to welfare benefits and economic and political stability. In 2008 Copenhagen was included in the list of Top 20 Most Livable Cities. In addition, a 2007 study found it to be the happiest city in the happiest nation on earth.

The weather in Copenhagen is mild through all four seasons. Summers bring temperatures averaging around 68°F / 20°C. Rainfall is moderate and spread throughout the year, so showers are possible in any season. Grey skies are the norm rather than the exception in Copenhagen.

Danish is spoken in the entire country, although many Danes are fluent in English, which is the predominant second language.

A must-see once you are in Copenhagen 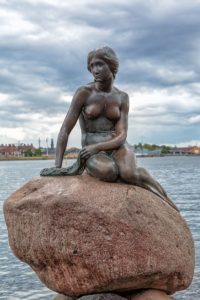 If you are contacted from an email address that you do not recognise regarding any request for payments for Europhysiology 2022 (e.g. boardassocexecs2022, or associationbody), please note that they are not operating on our behalf. Please DO NOT respond to the email and delete it immediately.

If you are contacted from any other hotel agency regarding hotel rooms for Europhysiology 2022 (e.g. from ehotelservices / expoforhotelservices, Larry Ellison or EHS), please note that they are not operating on our behalf. We collaborate with HRS and/or hotels directly.